*Please note all instructors are subject to change without previous notice 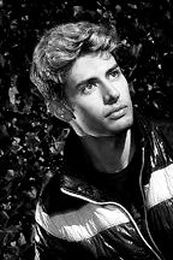 A multi-disciplinary artist in the visual and performing arts, Daevid creates expressive works through dance, painting, photography, film & design, and wishes to share the joy that creating through different mediums brings, with others.

His varied training took place mostly in NYC, where he studied the French curriculum at Studio Maestro under the direction and mentoring of Francois Perron, and continued to further develop as a dancer under Deborah Wingert, Marina Stavitskaya and others, including Stephen Harding, from whom he studied Jazz in order to compliment and strengthen his ballet technique's style and attack. 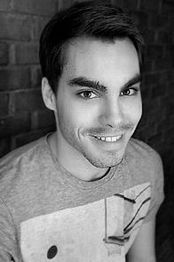 
Marcelo Martínez was born and raised in Logroño, Spain, where at the age of six he began taking dance classes with Jose Ferreira, a local teacher. His formal ballet training began at the age of ten at the Pre-professional school of ballet Almudena Lobón.

Marcelo attended summer courses at other cities like Madrid, Barcelona or Marseilles with different teachers as Víctor Ullate or Patrick Armand. In September 2010 he became a member of the professional dance company Aldanza as a principal dancer.

In the summer of 2012 he moved to New York and began his professional career in the United States, dancing for various companies across the country. 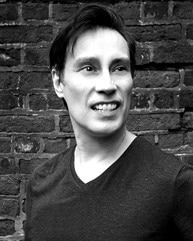 Brian received his training at Jefferson Performing Arts in Portland, Oregon, while dancing with their student company - The Jefferson Dancers. He danced with the world famous Les Ballets Trockadero de Monte Carlo and performed in many major cities around the world from 1994 to 2001. He served as Rehearsal Assistant for four years. Brian also danced with the Rochester City Ballet, while serving as their Ballet Master, and guested with New York Theatre Ballet.
Brianʼs teaching credits include being on faculty at Draper Center for Dance Education, Nazareth Academy, and Rochester Association of Performing Arts. A guest teacher throughout the U.S., he has also conducted master classes at Live, Shinjuku-mura in Tokyo, and Dance Space in Kuala Lumpur, Malaysia. Choreography for musical theater includes productions of Drood, Secret Garden, two productions of Les Miserables, as well as many Show Choir productions.
Brian joined Les Ballets Grandiva in 2004, where he continued to establish his place as an important contributor to male comedy ballet. 2009 brought his promotion as Artistic Director of Grandiva, where he lead two tours to Japan, and tours to Taiwan, Malaysia, and Singapore.
In 2011, Brian debuted Men On Pointe, an all-male pointe ballet company in New York City. He was also co-director and presenter for Mid-Pointe Project, a choreographic showcase for older choreographers. Brian worked on development and served as Ballet Master for Man Dance Company of San Francisco from 2012 to 2014, and conducted choreographic residencies with Benjamin Breones Ballet in New York City in 2014 and 2016. 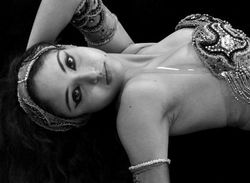 She loves to share the mysticism of female sensuality with her students.
Powered by